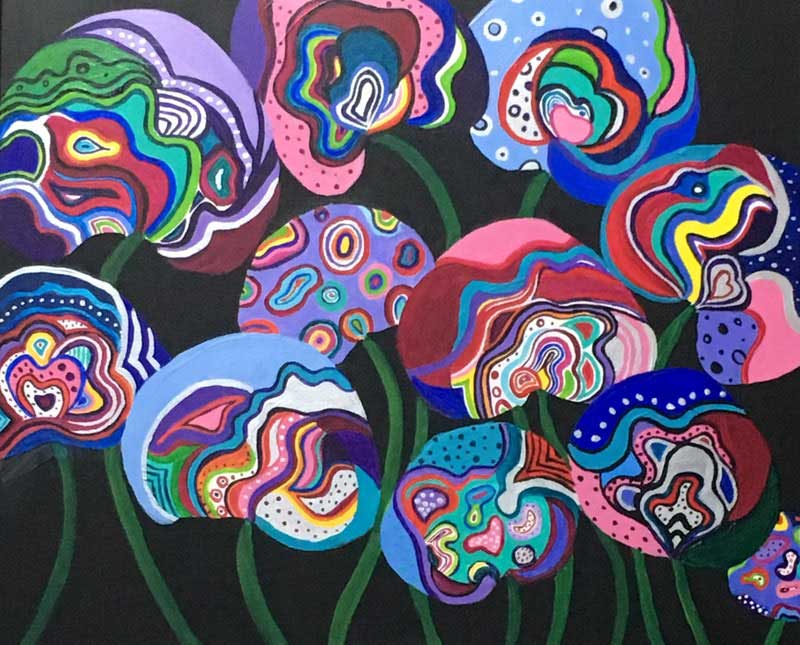 Today, 9/20, people all of the world are celebrating Psilocybin Awareness Day in honor of a strain of fungus referred to by the late Terence McKenna as “the starborn magic mushroom.” Stropharia cubensis (or psilocybe cubensis), and other species of similar origins, contain the compounds psilocybin and psilocin, which are active hallucinogenic agents that contain the basic indole structure characteristic of most hallucinogens found in nature (with the exception of mescaline, which is structurally similar to amphetamine).

The “magic mushroom” made its grand entrance into Western society in the 1950’s when American author, banker, and ethnomycologist Gordon Wasson and his wife Valentina discovered the powers of psilocybin-containing fungi high in the hills of the Oaxacan countryside in Southern Mexico. Guided by the now-infamous Mixeteco shaman, Maria Sabina, Wasson documented his experiences of the ceremonies in a Time Magazine article on June 10, 1957. (While Wasson’s Time article propelled the powers of the magic mushroom into the mainstream of the Western psychedelic culture, it is important to understand how his article, and subsequent visits from Westerners, exploited that particular region and harmed the reputation of Maria Sabina.) A yeah later, in 1958, Swiss chemist Albert Hofmann isolated psilocybin and smaller amounts of psilocin from P. mexicana.

In its relatively short history in the West, the magic mushroom has been a trailblazer of sorts, igniting the psychedelic renaissance of the 60’s and 70’s, and influencing great thinkers and leaders such as Ram Dass and Terence McKenna. Today, the mushroom is becoming the subject of many scientific studies, which are beginning to show the fungus’ ability to help with depression and end-of-life anxiety, as well as its promising effects of creating everlasting personality and characteristics improvements in humans. 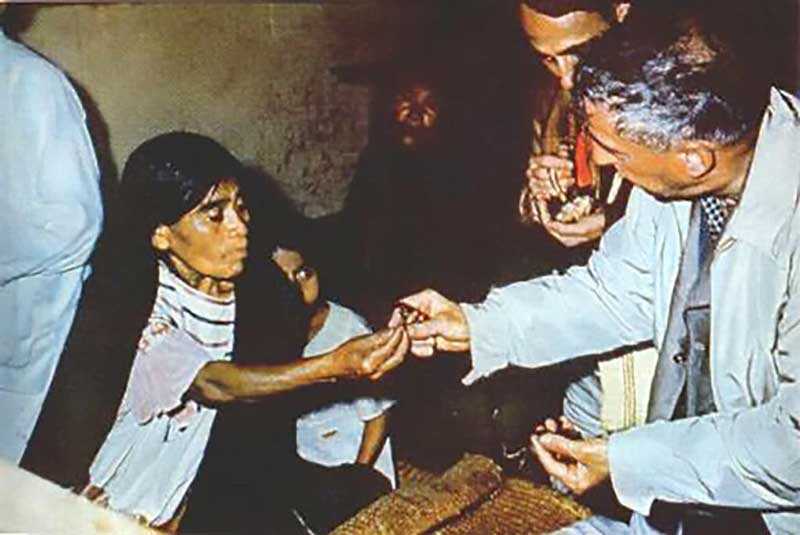 Maria Sabina hands Wasson fresh mushrooms during his first ceremony with her.

Looking to give magic mushrooms a try?

You’re in luck because we’re going to teach you about dosing magic mushrooms really quickly. According to the guys who wrote the Psilocybin Mushroom Bible unlike marijuana which varies widely most strains of mushrooms have the same potency. “While they are separate species, they simply don’t enjoy the obvious variation in traits that cannabis species and strains do. Any claims of differences in potency between mushroom strains are difficult to verify empirically, due to the incredibly subjective nature of psychedelics and people’s experience with them.” They also go on to say “It’s nearly impossible to objectively define the strength of mushrooms without a chemistry lab, and for this reason any claims about potency really have to be taken with an entire vat of salt.”

It’s easy to pick up some size 00 unfilled gel caps and then fill them up with powdered mushrooms. How do you powder magic mushrooms? Glad you asked. It’s simple. Grab a coffee grinder, toss them in and get grinding. Shake the grinder as it’s going and you’ll reduce your fungus to powder in a few seconds.
If you’re really looking to feel the effects of magic mushrooms it’s best to up that quarter-gram dose. We recommend a gram-and-a-half to two-and-a-half grams if you’re looking to feel them. Anything less and you could find yourself right on that really annoying border of feeling funky but not tripping. It’s really not all that fun. Higher doses result in being higher aka more intense emotions, visuals, etc. If you really want a major psychedelic experience then we recommend a heroic dose of 5 grams or more.
What’ll happen when you take a heroic dose of magic mushrooms? You’ll step right into the void, man. You will not know who you are, where you are or how you got there. That’s why this state is also called “ego-death.” At this point you are in a timeless vortex with all sorts of possibilities. Your senses will be intermixed synesthesia style and you’ll feel as if you’ve left your body. You should also feel that amazing cosmic oneness and know that everything is interconnected.
Did you know that mycelium, the thick net of mushroom matter that’s below ground, connects entire portions of forests right? It’s how trees and plants communicate with one another. Take enough magic mushrooms and you’ll tap right into their fascinating conversation. You might not understand what everything is saying but you’ll definitely be involved. And you’ll have a deeper appreciation for mother nature and all her beauty.

The greatest danger associated with taking magic mushrooms is accidentally ingesting poisonous mushrooms instead. There are about 200 species of edible, magic mushrooms, but only a handful of these are common. Learn how to identify them and always buy from a known, trusted source. Magic mushrooms may also precipitate the onset of schizophrenia in genetically predisposed individuals. Mushroom trips can sometimes be frightening, inducing extreme anxiety and panic. Although rare, some people relive the experience days, weeks or even years later in episodes known as “flashbacks.” Flashbacks are not unique to hallucinogenic drugs. They can result from any intense, psychological trauma as well. Magic mushrooms can impair judgment, so it is important to never drive while under the influence of magic mushrooms. Other factors to consider are the legality of magic mushrooms. 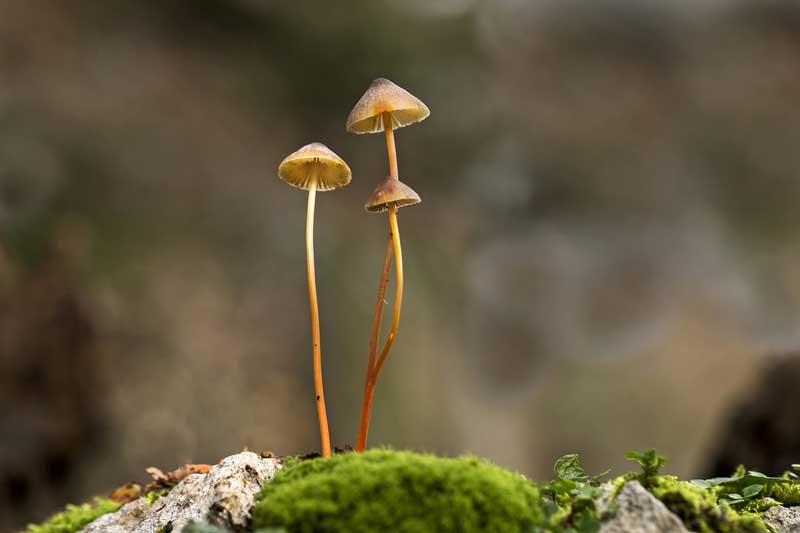 How to grow magic mushrooms

Looking to grow magic mushrooms yourself?

If you can’t find a supply of them you might as well just make ’em yourself, right?

It’s not that difficult! You can do it. Our favorite book on magic mushroom cultivation is by Dr. K Mandrake PhD (Author) and Virginia Haze (photog) and it’s called The Psilocybin Mushroom Bible: The Definitive Guide to Growing and Using Magic Mushrooms published by Green Candy Press. It’s pretty awesome and covers techniques for beginners like PF Tek all the way up to methods for more experienced cultivators using bulk substrates—so that you can grow them precious shrooms in bulk.

The book also mentions how to make a few important tools like a glove box and shotgun terrarium to complete a successful grow. Plus it gives some great tips on how to harvest, dry and consume your magic mushrooms. 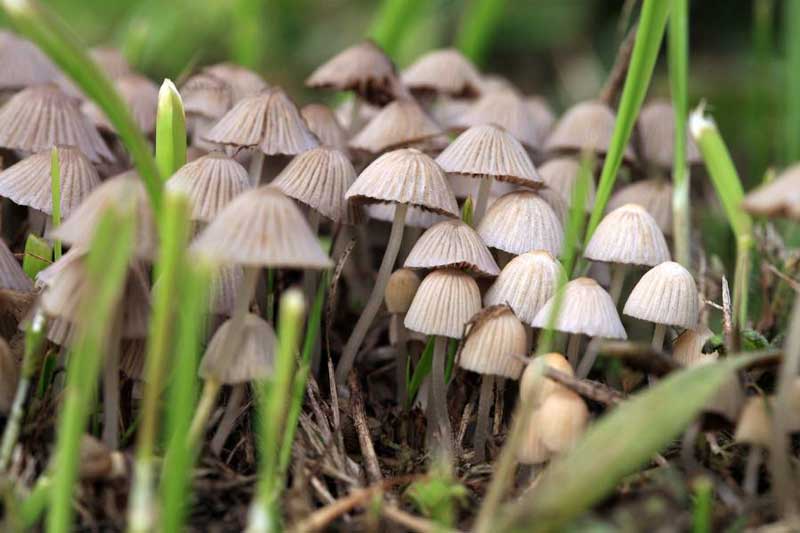 In Paris, France, the French Psychedelic Society is offering for the 920 celebrations a free scientific event with three speakers, three Ph.D. students that will give lectures (in French). Also in Europe there is Psycherence, a totally unique conference about consciousness and psychedelics. And over in Amsterdam there’s Amsterdam magic mushroom day conscious celebration, cacao, dance, food.