7 Zen Principles and How to Apply Them to Modern Life

In our Western world, we have the tendency to always seek an end result. We’re taught to work toward an end that justifies the means. We’re often conditioned to put the cart of our need-to-reach-enlightenment in front of the horse that will get us there. “There” being some heightened or exalted state “above it all.”

Zen teaches the opposite of this. There is no such state. There is no final enlightenment. Or, if there is, it can only possibly exist in the moment, during the process, unattached to enlightenment. Or, so completely non-attached to it that one becomes connected to all things through it. It’s not a destination but a direction. It’s not a truth but a process. It is only achievable when it is understood that it is ultimately unachievable. The only way to find enlightenment is not to seek it, but to simply be it without needing to be it.

Just breathe through it. Breathe in World. Breathe out Ego. Repeat. 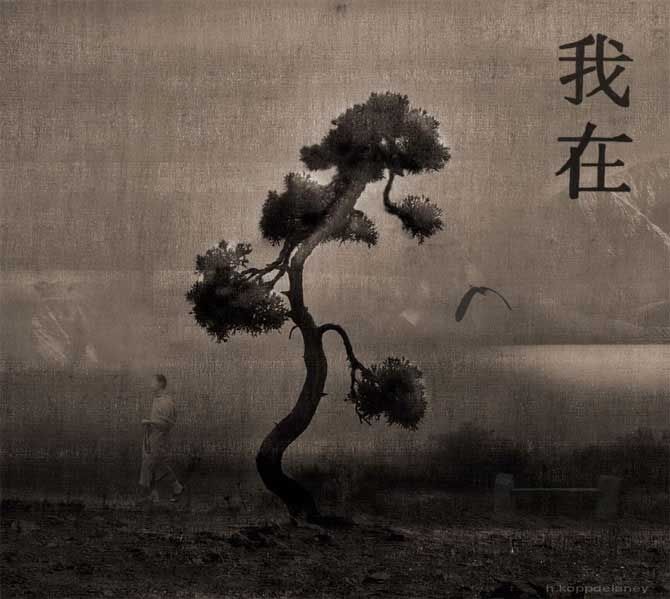 1) Zen and the art of deep questioning:

“The Truth knocks on the door and you say, ‘Go away, I’m looking for the truth,’ and so it goes away, puzzled.” ~ Robert M. Pirsig

What’s crucial to understand is that the focus in Zen is to ask the right questions. Questions are primary. Answers are secondary, if even that. This is because answers are fluid and extremely personal, unique to each person. In Zen answers are flexible and malleable constructs, or should be. Questions are as well, but questions are more of a foundation than answers.

Deep questioning is philosophical questioning: spiritual and existential questions that emerge organically from Zen contemplation. The attempt to answer these deep questions is a joy in itself, whether or not one arrives at an “answer.” In the art of deep questioning, improving upon the question is important, discovering an answer is less important.

“If you meet the Buddha on the road, kill him.” ~ Zen Koan

Zen koans are mental puzzles meant to force or shock the mind into enlightenment. Like this section’s opening quote for example. It shocks the mind into no-mind. It forces the independent mind to open up to the interdependent mind. It rescues us from drowning in our all too comfortable yet stagnant waters.

The point of the koan is to exhaust the analytic and egoic mind in order to reveal the more intuitive no-mind. They simply point out that reality itself cannot be “caught” in explanation, only released into improvisation. We can all use Zen koans to leverage some insight into our mostly imperceptive lives. Better yet, create some unique koans of your own and see what happens.

“I have lived with several Zen masters–all of them cats.” ~ Eckhart Tolle

Don’t overestimate sacred doctrines. Most of them are overrated at best and outdated at worst. They will quickly make you spiritually lazy and existentially complacent. Read them, absorb them, take them into deep consideration, and then move on with your Zen-full heart filled but your deep questioning mind open to fresh possibilities.

Favor direct insight into spiritual and Zen practices. Getting hands-on with the process through meditation practice and daily discipline is far superior and healthier than relying only on sutras and doctrine.

Take from them what healthy knowledge you can gain, but focus more on learning directly through Zazen or hands-on with accomplished teachers. 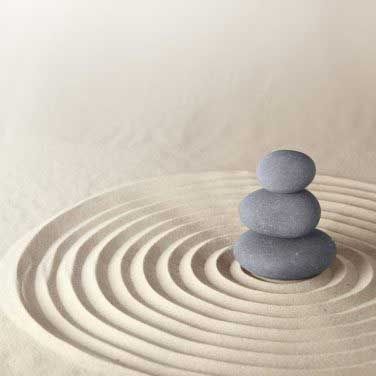 “It is simply sitting silently, witnessing the thoughts, passing before you. Just witnessing, not interfering not even judging, because the moment you judge you have lost the pure witness. The moment you say, “this is good, this is bad,” you have already jumped onto the thought process.” ~ Osho

Zazen is the core practice of Zen. It literally means, “seated meditation.” It’s all about sitting and breathing and letting thoughts, images, ideas, and words to just pass by without getting involved with them. It’s simply deep focused breathing with the intent to clear the mind and relinquish it of all things, including the self.

Once the overactive monkey mind is quieted one’s “original face” appears. As Zen master Daito explained, “Thoughts can be compared to clouds. When clouds vanish, the moon appears. The moon of suchness is the Original Face. Thoughts are also like the fogging of a mirror. When you wipe away all condensation, a mirror reflects clearly. Quiet your thoughts and behold your Original Face before you were born.”

Om has been described as the sound of the universe. It is the primordial frequency of the universe that contains all sounds in itself. As such, Om is the sound of supreme consciousness, the purest name of God. When we chant the Om mantra we are speaking the language of God (Infinity/Creation).

Om chanting, especially at 432 Hz, is a way to connect with the ideal within oneself. When done in combination with deep breathing practice it is a powerful way to open the throat chakra, third eye chakra, and crown chakra. Practice a basic Om meditation during Zazen or even in active meditation like Kinhin: Zazen in movement. Chanting major sutras such as the heart sutra can also help the Zen practitioner to connect more deeply to the bodhisattva path. 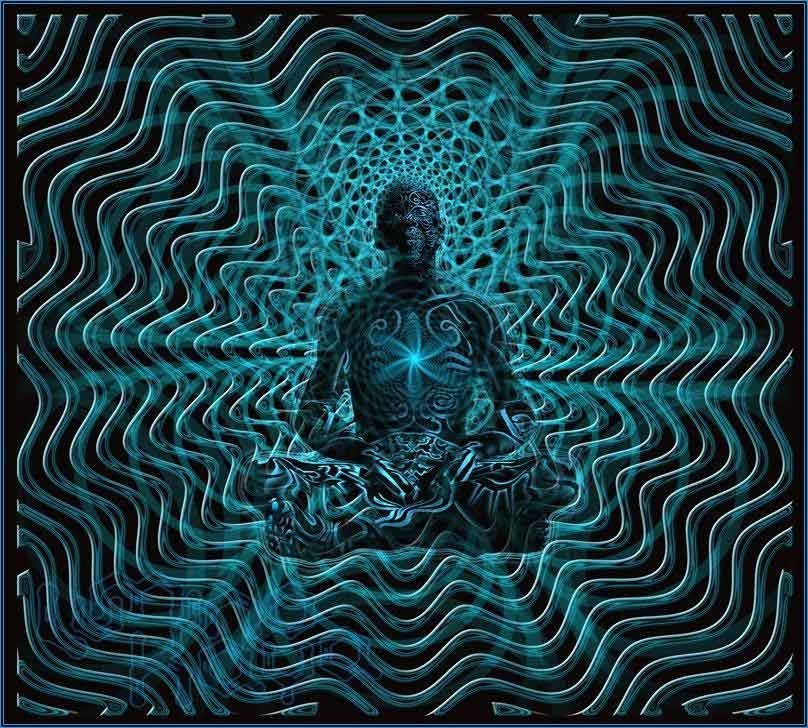 “These mountains that you’re carrying, you were only supposed to climb.” ~ Najwa Zebian

Zen art is about capturing the Buddha essence of an object, scene, or feeling. In Zen circles, spiritual mastery in the arts is primary and technical mastery is secondary. It’s often more about spontaneity and improvisation after deep meditative contemplation than about trial and error in technique.

The style of painting favored by Zen artists is known as sumi-e. A Zen inspired form of drama is called no-drama. Then there is the familiar Zen of haiku poetry. All of these arts are Zen-like in that they attempt to harness the “most essence through the least possible means.” Then there is wabi-sabi considered by many as the material representation of Zen Buddhism. Here is a short list comprising the basic principles of wabi-sabi: 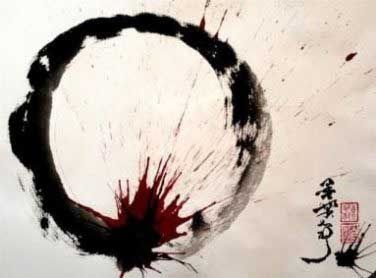 “Like they say in Zen, when you attain Satori, nothing is left for you in that moment than to have a good laugh.” ~ Alan Watts

Crazy wisdom is about harnessing the renegade Buddha inside us all, that part of us that is divine but also wild and free. That part of us that hides in the weeds of the unconscious ready to trick us into higher consciousness. Coined by Chogyam Trungpa, it has nonetheless existed since the beginning of Buddhism. The Buddha himself was a spiritual renegade, after all.

Two of the more famous crazy wisdom Zen teachers were 9th century Zen-poet Han-shan and Zen master Ikkyu. Han-shan (Cold Mountain) ran off to live in a cave as a hermit and was known to laugh hysterically when anyone asked him about the nature of Zen. Ikkyu was eccentric, mischievous and always out-smarting his teachers as a heretic/saint who often gave teachings in brothels and bars instead of Buddhist temples.

Crazy wisdom teaches perhaps the most important lesson in our attempt at achieving enlightenment: To always maintain a good sense of humor.