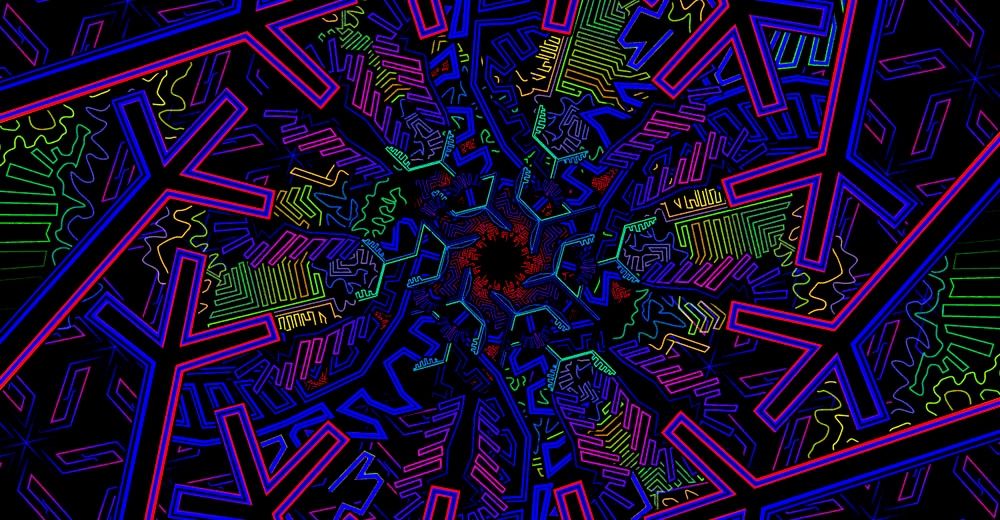 The Adventurous Spark, also known simply as TAS, is a graphic designer, visual artist and VJ from Graz, Austria. Dabbling in the world of digital graphic design for over five years, he channels his talent into developing visualizations that depict imaginative realms of fluid psychedelic movement and motion. TAS has become most recognized for his mind-bending visual clips on the web, of which he has created dozens, as well as his work as a “Portal Agent” developing live visual accompaniments for festivals, dance scenes and live performances.

TAS’ visuals have been displayed at dozens of Europe’s venues and music festivals such as the Modem Festival, Croatia; Summer Never Ends, Switzerland; Mystica, Switzerland; Psy-Fi Festival, Netherlands and many more. He has become well recognized within Europe’s psychedelic scene as the go-to guy for those in search for some of the world’s most idyllic digital visualizations, which is apparent as he is already fully booked for the year 2017.

Each of TAS’ visual creations has its own story to tell. The unpredictable and indescribable nature of each metamorphic odyssey demonstrates the contemplative diligence with which it was created. The hypnotic hues, silken fluidity and captivating envelopment of these exploratory realms will have you watching one creation after the next, yearning for more as each one concludes.

Scroll down to check out a few of TAS’ stunning visual creations. For more information or to see more of his unearthly works, check out: