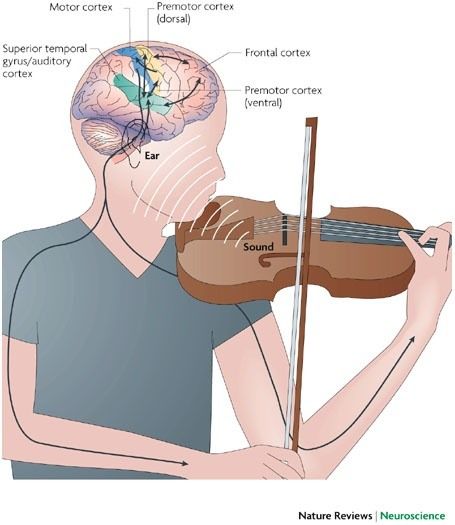 We all have a deep longing and need for ecstatic experience. We spend a great deal of our lives thinking, planning, talking, reading – being rational. Even when we take time off, we tend to fill it with activities where our brain waves are predominantly within the rational, thinking beta frequency range. The brain is like a complex muscle. While it needs to be exercised, it also needs and craves various forms of rest – but sleep alone is not enough.

During sleep, our brain wave frequencies fluctuate between deep sleep (delta) and dreaming (theta) with the associated periods of REM (rapid eye movement). This is a natural, unconscious process, vital to our survival. Studies have shown that even short-term deprivation of REM sleep seriously affects health. Whilst awake, we consciously determine our states of mind by what we do. We mostly limit ourselves, through the conditioning of competitive society, to the beta frequencies. We need a break, time out from concentration and rationality – we need to experience states of trance or ecstasy in our waking lives, as a balance to all that thinking.

There are many ways of inducing conscious trance states which slow the brain wave frequencies from the predominant beta, down to the relaxed, intuitive alpha, or even the theta frequencies which are associated with dreaming and deep trance. Meditation, chanting mantras, guided imagery, hypnosis, holotropic breathwork and tantric sex are some of the ways humans have developed over the ages, but perhaps the oldest of all is trance dance.

In many primitive societies, ecstatic dance rituals were of great importance and were practised extensively. I am sure that many of these ancient traditions have been lost but some are still with us today. The San or Bushmen of southern Africa still dance themselves regularly into ecstasy. The Masai of Kenya, the Bwiti of Gabon, the Gnawa of Morocco and the Sangomas (traditional healers) of South Africa all practice ritualistic trance dance. However, the practice is certainly not confined to Africa. Australian Aborigines, Sufis, Druids, Siberian shamans, the native peoples of North and South America all practise(d) some form of ecstatic or trance-inducing dance. Even in modern Europe, old trance dance traditions still survive. Among them are the Tarantella or spider dance of southern Italy, Spanish Flamenco and the Cornish floral dance with its Celtic roots. 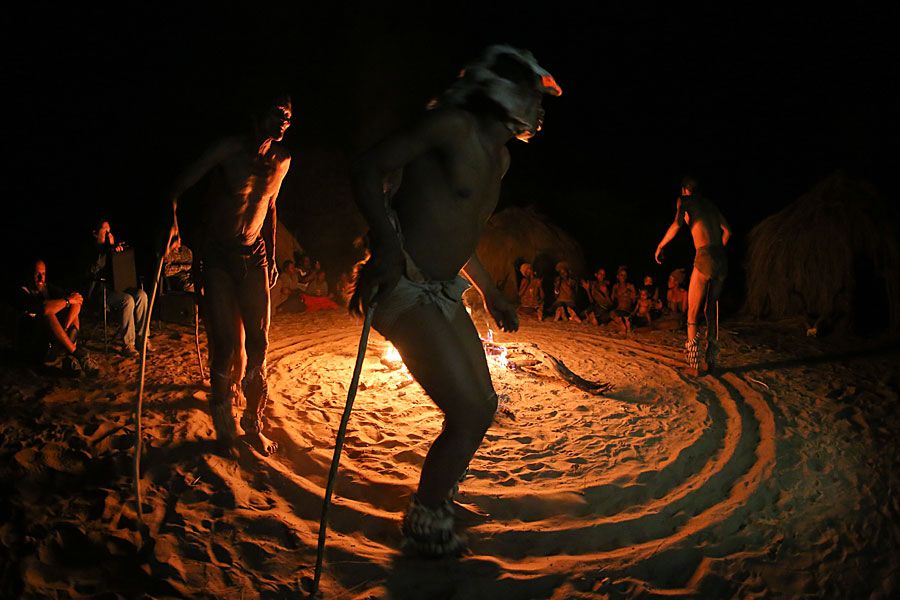 A deep-seated longing for ecstasy, for a break in the tedium of day-to-day survival, has, I believe, led many of the younger generation in modern, industrial society back to trance dance. It is surely no coincidence that the drug most associated with the dance culture is known as ecstasy. Electronic dance music also reflects this association through the Goa or psychedelic trance genres. Twenty years ago hardly anyone had heard of house parties, even in Chicago where they first started. In that short space of time, a dance culture has developed and spread all over the world with its raves, techno or Goa parties. Using modern technology, young people are recreating a space in their lives for trance and ecstasy, with or without drugs.

It seems to me, that in this age of virtually unlimited information and communication, the experience of our ancestors, possibly dating from the stone-age, is re-awakening in us and urging us to dance ourselves into trance. It is not only in the dance culture that we find a renewal of interest in trance dance. There are many people who have written about it, some of whom are Felicitas Goodman, Gabrielle Roth and Frank Natale. There are loads of web sites about ecstatic dance, mainly in the U.S.A., with information and events of all kinds.

So what is trance dance? How can it lead to ecstasy and what is it good for? Here I am going to describe only my own personal experiences and observations.

When I am in a state of trance, I call it being in the flow. I don’t think about how to do anything or what I may be doing. I am the action. So, if I am dancing, I am the dance. It is hard to express. I might also say: it dances me. Thoughts, feelings and sensations come and go; they flicker through my mind and body like the lights that accompany me in the dance. My boundaries dissolve and I lose my sense of self – a drop of water falling into the ocean, becoming part of everything. “I” am no longer there; my tiny, separate self melts into the infinite, all-embracing “WE”. Time becomes elastic to the point of timelessness. This is sometimes blissful, even ecstatic; sometimes meditative and tranquil. Dancing is my meditation, my gateway to an altered state of consciousness which I need just as much as I need to think and function as an individual in society.

There are many shades of trance experience, varying from light to very deep. I can fall into a light trance whilst doing the washing-up – watching my hands as they work away, seemingly by themselves. It is a great way of making tedious jobs fun but trance dancing, for me, is the best fun of all. Far more than fun, it is deeply healing and rejuvenating. It strengthens my self-esteem while increasing my capacity for empathy. Regularly dancing myself into a state of ecstatic trance greatly reduces my tendencies to be irritable and depressed.

The younger generations of ravers and party-people in the dance scene richly deserve my thanks. They have made it possible for me to enjoy my passion for trance dance to an extent which was not thinkable before the arrival of electronic dance music, at least not in Berlin where I live. There aren’t many shamans practising ancient trance rituals here and it is a long way to the Kalahari where the remnants of the San still live and dance. The rock concerts and the discos I went to in the 1960s, 70s and 80s were not the ideal venues for trance dance. The music was not appropriate and the social constraints were far greater than at a rave.

Here in Berlin, I can go dancing every weekend to music which I have grown to love with people who are generally younger than my oldest son. These people always seem very welcoming towards me despite my deeply lined face. They are often amused to see me partying with my daughter who is 22. Unfortunately though, I am becoming more and more worried about these beautiful, young people. 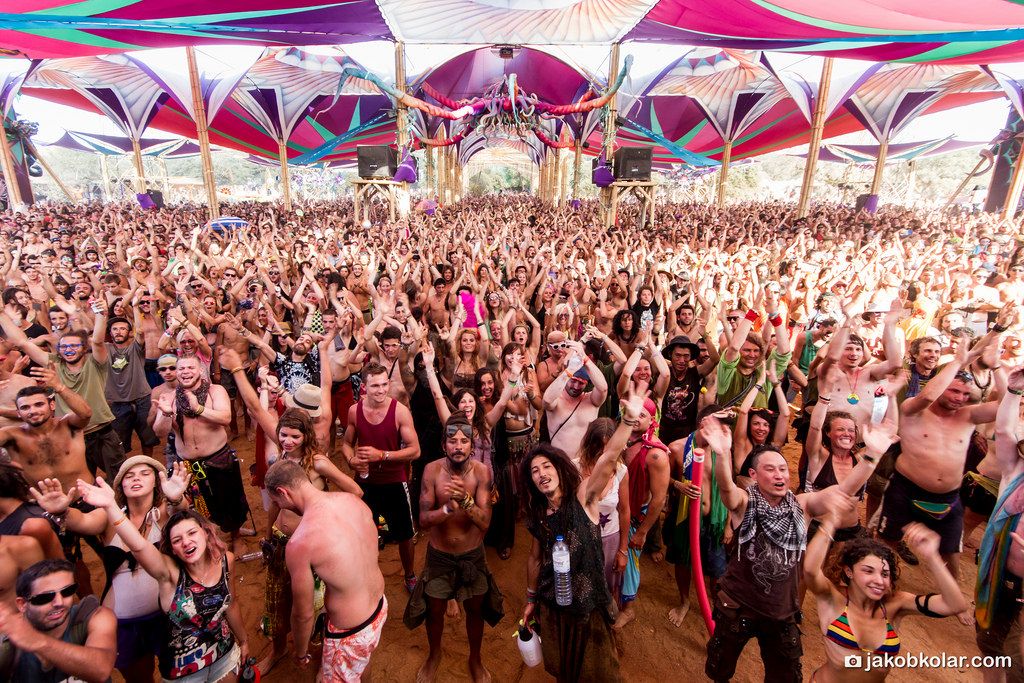 It seems to me that the consumption of drugs has continually increased and broadened since the early 1990s when I went to my first techno party. Drugs have always been associated with the dance scene. Here we find another similarity with ancient, shamanic trance rituals where substances such as cannabis, psilocybin, peyote, ayahuasca, datura, iboga and Amanita muscaria are regularly used to help open the doors of perception and induce altered states of consciousness. The shamans, however, regarded these plants with great respect, to be taken sparingly and only mixed when they were known to be complementary, such as cocoa and psilocybin. But these days, in addition to higher dosages and far too frequent use, people think nothing of mixing all kinds of drugs at raves: for example, cocaine and/or speed with alcohol. High dosages of these antagonistic drugs taken together can produce a very dangerous cocktail. Apparently, many party people want to get “out of it” every weekend rather than “into the flow”.

By practising techniques which are simple to learn, it is possible to dance ourselves into trance with little, or no help from drugs at all. These techniques include de-focussing of thought and vision, careful, rhythmic hyperventilation combined with movement (used by both Sufis and San Bushmen in trance rituals) and grounding in the here-and-now. Together with the sensory over-load of appropriate music at high volume, light shows and the accepting club ambience, this can be a powerful and far more healthy cocktail for trance.

When many people dance together in trance, they experience a sense of community. This shared activity, which is a celebration of life, strengthens the bond of our shared humanity. The awareness of being part of a single, all-pervading consciousness helps us to empathise more deeply with one another – to be more accepting not only of others, but also of ourselves.

Fulfilling that longing for the ecstatic, transforming experience, trance dancing is remembering; like coming home to a wonderland where we all belong – one infinite, shared consciousness.