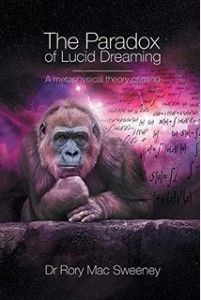 As we lift off into this new millennium, the world seems ever so saturated with possibility. Moore’s law speculates an exponential increase in computing complexity, the likes of which the Universe may have never known before. The world is swarming with ideas. One cannot help but to feel that the revolution is in effect, and the motto reads “Anything is possible..!” But is it? Are there boundaries to our cosmic enterprise or are we truly infinite?

As an occupant of 4 dimensional space-time, one could be forgiven for accusing me of embellishment but I am a lucid dreamer. The constraints of the physical world are merely a nesting-ground for my consciousness. I am an oneironaut, which is to say I have learned to cast my attention into the world of pure potential. To be lucid in a dream is to be able to import one’s intellectual facilities into the nebulous of the nocturnal landscape. Knowing you are dreaming while you are dreaming, offers one access to experiences which are transcendental of the laws of nature as prescribed by Einstein’s physics. But questions still lurk in this domain of mind – just what is really possible in the world of the dreamer?

I often ask myself what one would really consider to be a pushing of the envelope in terms of lucid dreaming. I have walked through walls, flown across galaxies and travelled through time but something even more sublime was soon to take my attention. It was during one of my aural seductions by the great Terence McKenna that I was made aware of the possibility of being able to enter into the DMT space via a dream. He once noted, during one of his spellbinding prose, that he had dreamed that he had smoked DMT and subsequently had been swept into the familiar dimension of the elves and self-dribbling bejewelled hyper-dimensional basket balls which await one on the other side of the familiar 2-3 toques.

What caught his attention, and mine too, was that one could be transported to this most peculiar state of consciousness without actually having smoked the said chemical, at least not in the conventional ontological sense. This, he remarked, may be considered to be a very odd and perhaps even important concern for us multi-dimensional map makers. It is as if nature herself has left a trap door for us who are coherent enough in our dream life to be able to exploit it and get what I like to refer to as a free trip. I say free for two reasons. The first is that we literally get a free trip which, for those of you who have felt the need to make a pilgrimage to the Amazon jungle in order to partake in the consumption of DMT, will certainly offer some merit. But this is not so much my concern – I being of the less culturally bound persuasion as to where and how I access the entheogenic elixir. The free pass I am referring to is alluding to a more abstract concern for those of us who dare to take this often drastic voyage of the mind. Please allow me to elaborate by telling you briefly of my own encounter of taking a trip while being in a lucid dream, so as to frame my point.

When I compare lucid dreaming to the psychedelic experience I would say, on average, that the sense of fear that one encounters in the dream world is far less than that which confronts the psychedelicist. The self-reflective realisation that one is dreaming does prompt a certain sense of unease, but there is also a kind of elation that pervades one’s being. The dream cloaks one with a sense of invincibility.

This, by my experience at least, is somewhat contrary to the DMT drenched mind where trepidation is served with a side dressing of occasional panic. Again my own experience is taking the floor here, but what this does to me is to set up a certain kind of drag force in my experience so as to limit the depth of my other worldly encounter. Taking the psychedelic compound under the veil of the dream, one might extrapolate, would allow a letting go of the self that would be less restrained and hence deeper in some way.

This does indeed marry up to my own experience of having had a psychedelic encounter in the dream world. At the risk of losing your interest by telling you about a dream I once had, I will simply say that I did on one occasion manage to enter into an entirely familiar state of psychedelic dissolution in a lucid dream. It was one of, if not the most, immersive trip of my life. I was able to take the foot completely off the proverbial break and flow softly into the kaleidoscopic narrative. The boundaries dissolved and so did I, it was total bliss, the kind that comes from a complete abandonment of fear. 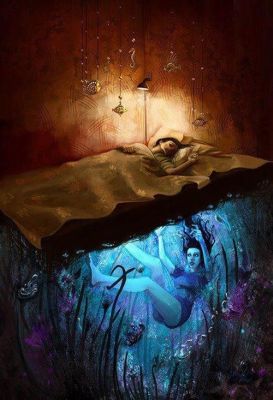 So, yes we can dream trip, it is certainly possible but that still leaves one question unanswered and that is how the mechanics of such an activity might look. Do we, for example, search the dream for magic mushrooms or hope to find some uncanny dream dealer to supply us with something to smoke us into hyper-space, how does it work in a dream? The answer to this question comes in two halves for me – the first is whether or not one needs to have any previous experience of psychedelics as consumed in the ordinary world. In other words, do we have to develop a working schema in the waking world in order to inform the dream of the process? To this I can only answer personally and say that I had prior psychedelic experience in the ordinary sense before I discovered it in the dream world. McKenna too, it would seem, had forged a schema in the waking world before his encounter. I will let this half of the question open for future experimentation and interpretation.

The other part of the question of the mechanics of dream tripping must be furnished with something which I call narrative congruency. This is a term I use to describe how to make things happen in a lucid dream. One can simply announce out loud that they want something to appear but the dream doesn’t tend to be overly responsive to this. What works better is to build a little story in the dream, so as to gently persuade it to deliver the goods. As an example – I once saw a castle in the distance in a dream. I took this as an opportunity to invite in a magical experience and turned to my dream friend who was sharing the scene with me. I told him that the “wizard” lived there and he would imbue us with the power of time travel. We traversed the dreamscape and took an elevator to his laboratory. Indeed the dream was charmed by my little tale and it delivered a cohesive kind of conclusion to my story by sending me back in time.

This idea of narrative congruency is a very powerful tool as the dream will always offer simple little opportunities to spark a story. The key is to really buy into the story yourself and just keep in mind where it is you are trying to take it. Don’t be too forceful or frantic with your demands. Play with the script a little and see where it takes you. If the dream changes tack, don’t see this as a failure of your own agenda, maybe the dream has something else to show you instead. The method does work for certain.