5 of the World’s Most Mind-Bending Drug Cultures

A STRONG STIGMA in the West bullies our idea of drug culture, fueled by perceptions of mind-altering substances, man-made chemical compounds, and destroyed communities. But throughout the world, spiritual practitioners' use of entheogens—psychoactive substances applied in religious or shamanic contexts—is nothing short of a learned art, unique to the people and regions who’ve studied it for centuries.

Their ultimate goal isn’t a supreme high but a realization of the supreme, wherein an individual ingests a plant with psychoactive properties in order to have a conversation with or listen to it. It’s a captivating notion, to be one with nature, driven by the need to sustain a relationship with an ancient voice and to absorb its knowledge. 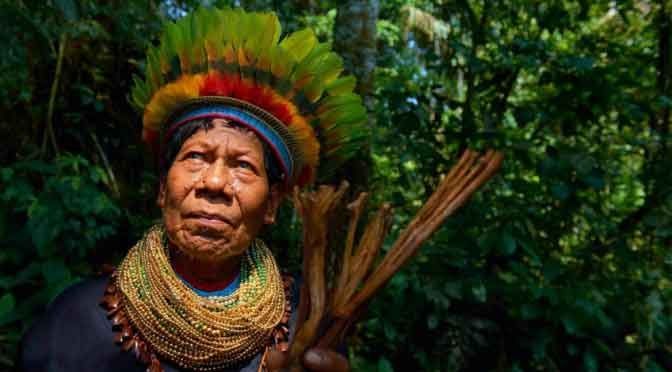 Outgrowths of corruption and violence are evidence of high human costs. But the draw to the substances is so powerful that it’s also compelled interested outsiders to become active partakers, creating a whirlwind of well-documented drug tourism, and, consequently, the commercialization and commodification of religion, threatening not only the practices themselves but also, in some cases, the plants central to them.

It’s tricky to toe the line when traveling—how to experience a place without actually reaching out and swallowing it whole. We're inclined to stay in neighborhood apartments over chain hotels, to seek out street food in lieu of pricey restaurants, to do as the locals do—whatever it is that they’re doing. Somewhere therein, lines of responsible tourism blur. Some might say it’s the difference between sipping pisco sours in Cusco and cupping ayahuasca tea in Iquitos: Both give you a taste for the land’s traditions, but only one has the potential to disrupt a delicate cultural ecosystem.

Here are five such ecosystems around the world, each imbued with its own tradition of entheogenic practices that have drawn curious eyes to peek through the mainstream veil. And while we can’t endorse a next-level trip to Mexico to meet Mescalito in a cloud of peyote, we can say that the desert’s sparkling mirages have captured our attention, too.

In Gabon, a country nearly Colorado’s size that straddles the equator on the west coast of Central Africa, there’s a shrub that blossoms with white and pink flowers and tasteless orange fruit. It isn’t particularly pretty—its produce nutritionally unremarkable—and yet, the iboga plant is sacred, worshipped by the Babongo tribe (among others) that discovered its uniquely powerful properties some thousand years ago, when a religion called Bwitiformed around its bark.

Loosely translated, Bwiti means simply “otherworldly tree medicine” or “the being who calls.” Bwiti adherents eat the psychedelic bark for both individual spiritual growth and community fortification—but first, it’s a rite of passage, an initiation into the plant’s spiritual wisdom and a connection to ancestral knowledge.

Revered and intense as it is—the closed-eye and waking-dream hallucinations, with effects lasting up to 48 hours—iboga requires a complex courtship. Once the root bark has been scraped off and crushed into chips or a fine powder, a ceremony unfolds under the stewardship of a N’ganga, or shaman, with clapping, chanting, and complex music that’s heavy on percussion. It’s a communal event, with elders, healers, and even children sitting on the sidelines to pay witness to whatever message might surface as iboga reveals itself, the initiate unfolding into its guidance and recounting visions aloud in real time so that the N’ganga can interpret and direct the proceedings in real time. 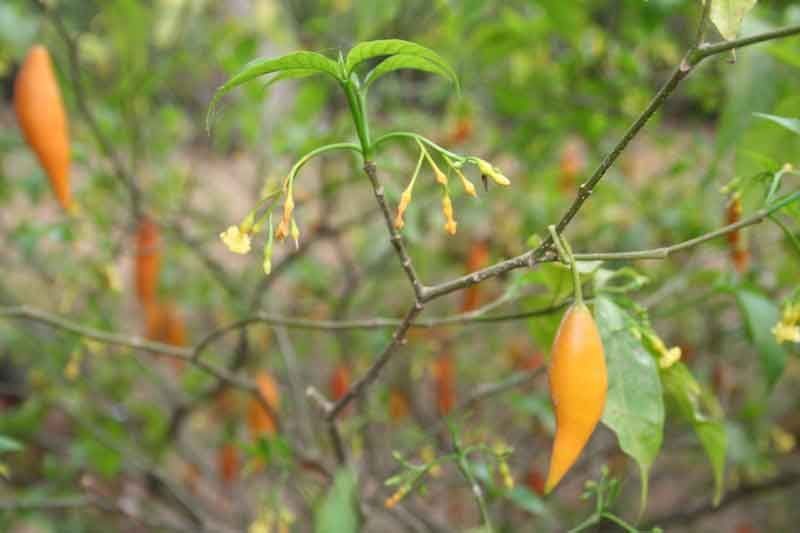 Skin covered in a slippery film of sweaty heat, sitting in a platform hut deep in the Amazon rainforest, a shaman sings icaros, or ceremonial songs, as Pachamama, or Mother Earth, takes hold of your intestines and gives a good squeeze. And so begins the period of intense vomiting (and bouts of diarrhea) found in most ayahuasca ceremonies, wherein physical and emotional bile is released to induce a mystifying haze of transcendental healing, characterized by wild visual and aural hallucinations that challenge limits of both love and fear for the next four to six hours. 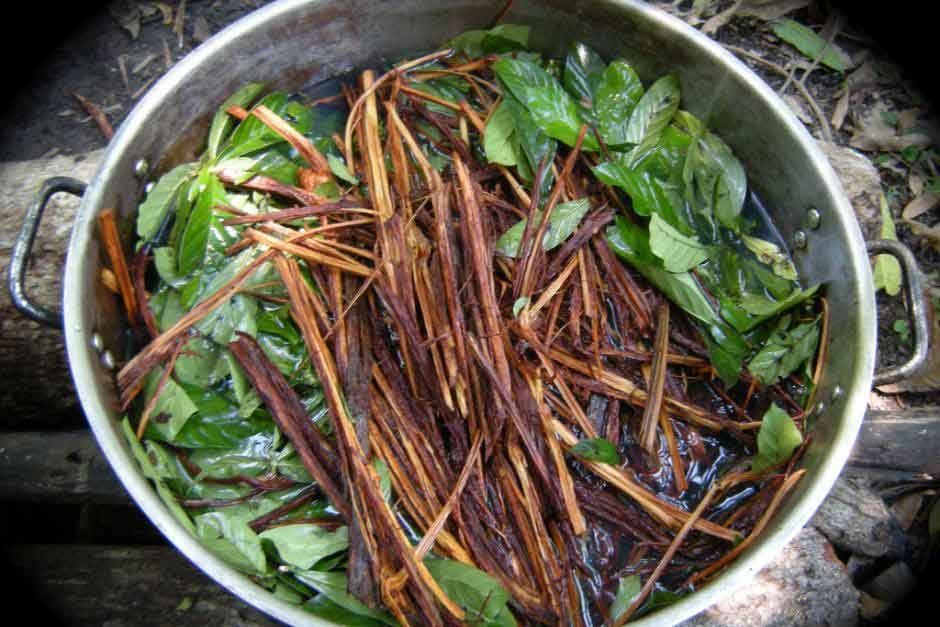 The plant decoction is murky to the eye and not so pleasing to the tongue, made from mashed ayahuasca vine and chacruna leaves (often with jimson weed and pure jungle tobacco, called mapacho, added to incite the purge), boiled for 12 hours and blessed with sacred tobacco smoke blown over and into the cauldron by a shaman. The compound of two Quechua words (though with Spanish spelling), ayahuasca means “vine of souls" or "rope of the dead,” depending on interpretation. As the name suggests, it’s a powerful entity calling to Pachamama, a central figure to the indigenous and mestizo populations who have invited her—in all her forms—into their bodies for centuries. 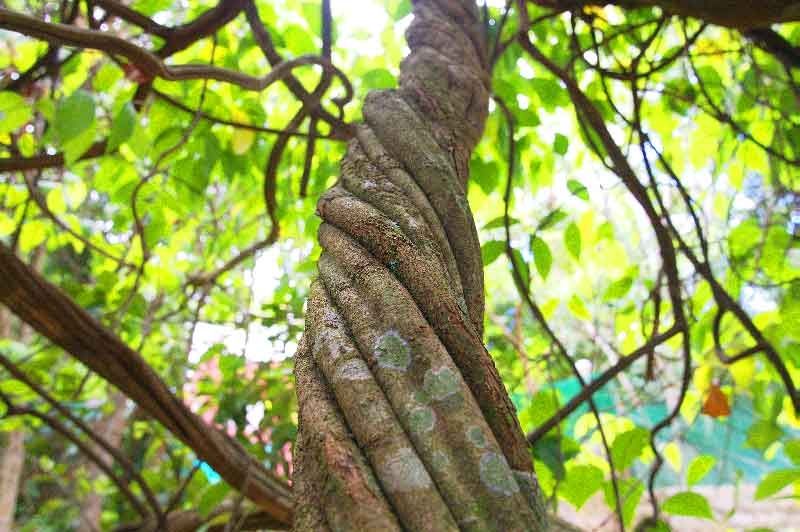 In the torrid deserts of northeastern Mexico and southern Texas, people dig the land for a small, thorn-less cactus said to have untold powers of sight that it shares with those brave and strong enough to greet it. You don’t take peyote—it takes you.

Mescalito, as the hallucinogenic cactus was later personified, has shown himself to Aztecs, Mexican Indians, and Native Americans for more than 5,000 years as a centerpiece in cultural and religious practices. While the ceremonies may vary, they’re often communal, with a shaman guiding a group through special peyote songs as together they ingest the dried cactus buttons. Over the course of 10 to 12 hours, hallucinations (and bouts of violent vomiting for novices) transport the user through both space and time and across a range of emotions, where challenging or fearful interactions might linger in the shadows. The reverence it commands borders on fearful, the promise of enlightenment and respect for peyote’s power neither dramatized nor undersold. 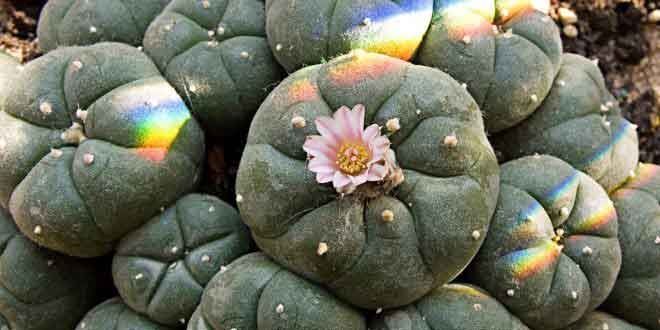 Arguably one of the most mellow entheogens, kava (also known as kava-kava or yaqona, “nourishment of the gods”) is the only substance in this article that’s legal in the United States for use outside of religious contexts. Known for its peacemaking properties across the Pacific Islands, including Hawaii, Vanuatu, and Fiji, kava is an intrinsic part of traditional Polynesian life, used in everything from the sacred to the social. It acts as a mediator or spiritual messenger between people and the Vu, or spirit force—without kava, it’s said, the Vu won’t show up.

The leafy plant’s long, gnarled roots can be fresh or dried then pounded, chewed, or otherwise pulverized to make the opaque, milky drink. It purrs in the belly, stoking an odd mix of tranquility and euphoria while sustaining a sharp mind. Prolonged consumption, however, engulfs the kava drinker in a canopy of mental stillness, a sort of amiable waking sleep. But one needs to approach the kava stupor in the right mindset—like asking it for directions or meditating on a question—to be guided purposely by its warmth. 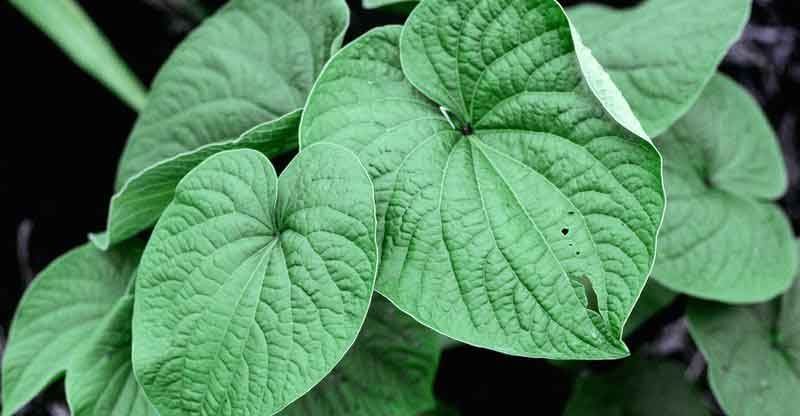 In the 1950s, a centuries-old Mazatec tradition in Oaxaca trickled through its historic guard and into the mouths of two Americans, who brought word of their “profound” experiences back home in a now-famous Life photo essay. And thus began a widespread, tempestuous affair with psilocybin mushrooms, the psychedelic fungi that Timothy Leary so famously championed for its psychological and religious properties in the Harvard Psilocybin Project and beyond.

In its unadulterated form, the Mazatec custom, which is shared by other pre-Columbian Mesoamerican peoples, serves a medicinal purpose, healing physical, mental, and ethical maladies. Like ayahuasca and peyote, the mushrooms are honored for their capacity to guide users beyond their prescribed realities, to break open convention and incite perspective, introducing novel conduits for compassion and empathy for both themselves and the world. The sacred ritual is communal in Mazatec practice, the mushrooms bathed in smoke from copal incense then eaten two at a time to represent the duality and power of the unified sexes. Together, participants share the darkness and silence of a hut, the shaman the group’s designated voice, a channel through which the mushrooms issue their chatter—and as it happens, they have a lot to say. 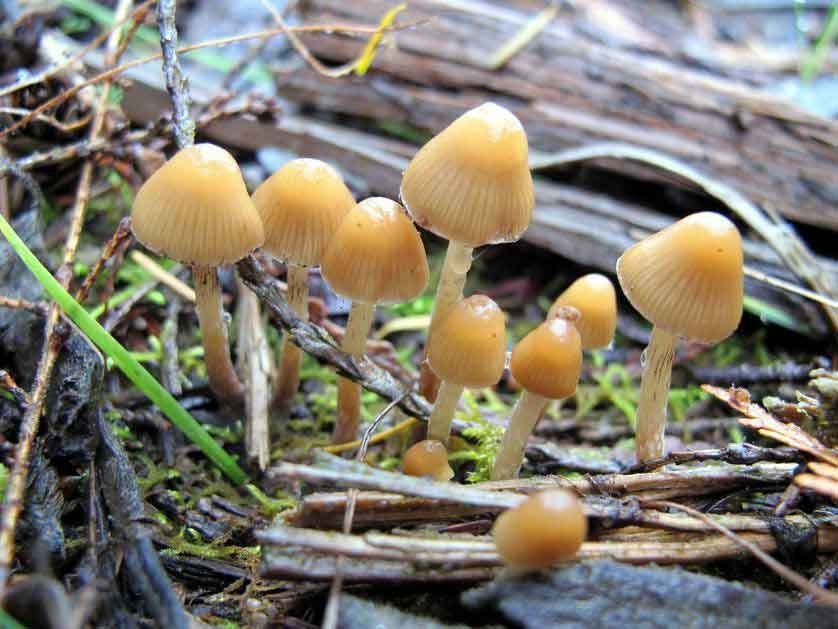