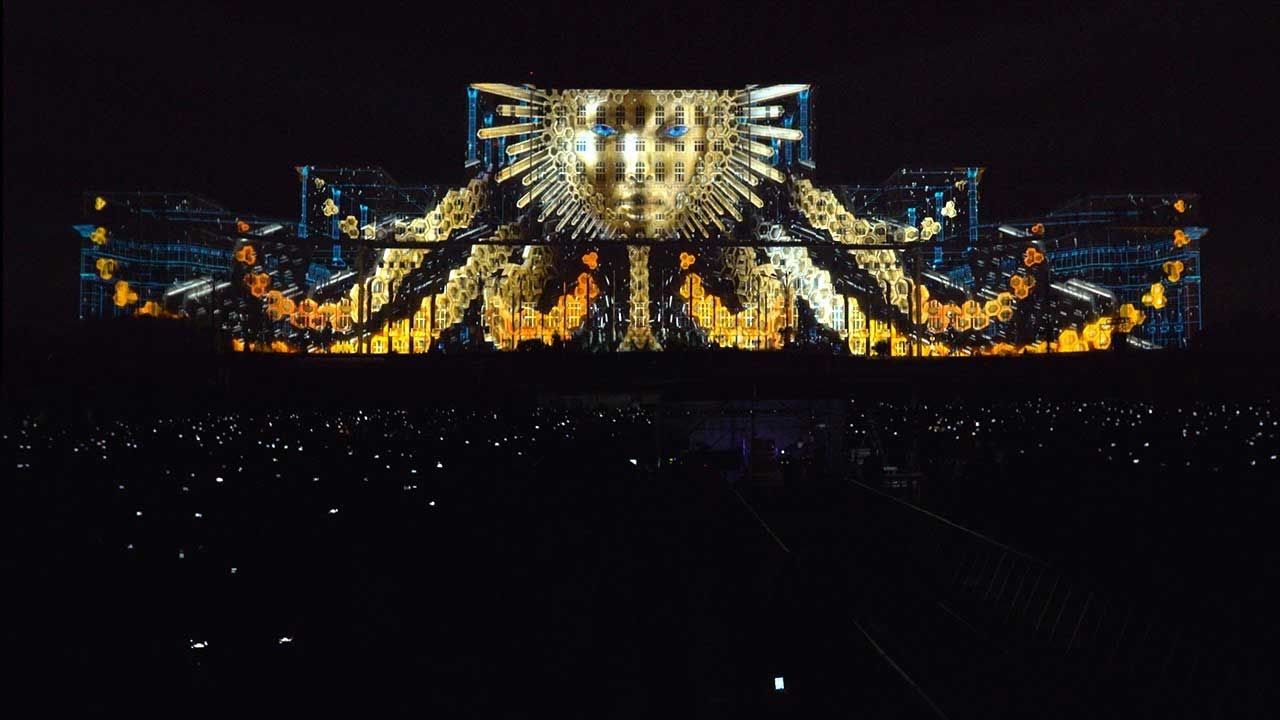 Limelight Projection Mapping has been involved in 3D projection mapping, light painting and light installation since 2006. Regularly invited light festivals worldwide such as the Amsterdam Light Festival or the Skyway International Light Festival in Poland. The award winning A & A Award for Design Award and Competition, Interconnection in 2016 has already earned the largest 3D projection mapping competition, iMapp Bucharest jury and audience prize.

Limelight Projection Mapping is the group of artists who have been producing 3D and light installations for more than a decade. Some of them were present when this art branch was just about to emerge and they created light-art concepts that fascinate hundreds of thousands of people worldwide, at light festivals and corporate events alike. The combination of storytelling and the special 3D visual experience and the 15 years of experience in building projection make Limelight Projection Mapping a leading art group in today's 3D light scenes.

Interconnection is a work on the Romanian Parliament building, the central theme of the connection is the connection between the micro and the macro, the outer and the inner universe. "Interconnection's message is the attachment of art to audiences, logical thinking with the emotional world, the individual and society - although often the relationship with the bigger image is lost, we are all a small part of a cosmic network," said István Dávid, One of the founders of Limelight Projection Mapping. "The purpose of Interconnection is to restart internal and external dialogue through a busy journey from the state of separation to the state of eternal openness," he added. 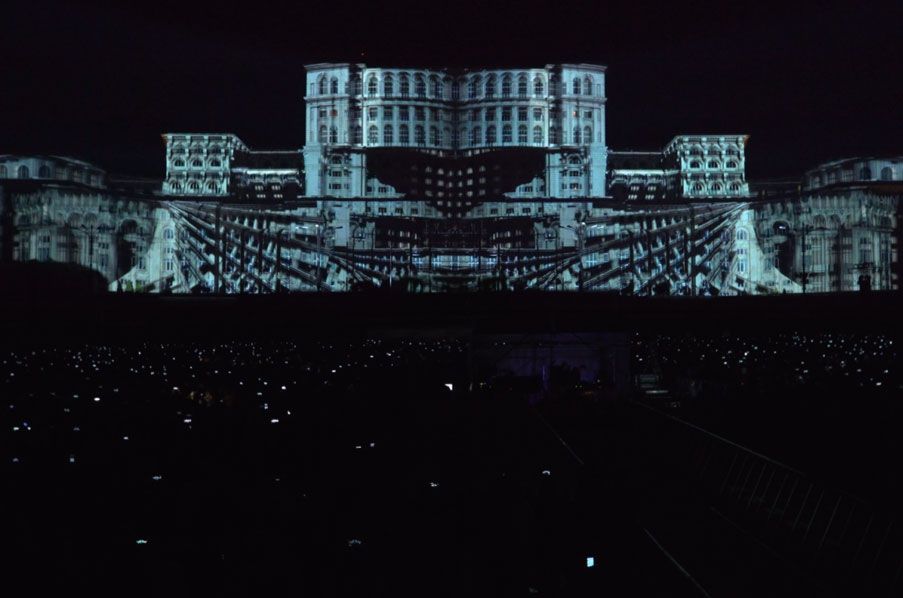 The second largest administrative building in the world – the Romanian Parliament – was transformed into an eye-popping display of light during international video mapping competition iMapp Bucharest. Limelight worked for two-and-a-half months on its four-and-a-half-minute spectacle, which covered more than 23,000sqm – and which won two awards.

The vivid, trippy piece, entitled Interconnection, was projected onto the facade of the Romanian Parliament – only the Pentagon is a larger administrative building – in front of 40.000 viewers.

The projection mapping piece uses 104 video projectors, clocking over onemillion ANSI lumens, and not only covers the facade, but also incorporates the building itself as part of the spectacle, animating parts of it in a dizzying vortex of motion that plays with the viewer’s senses.

The creators of the piece were aiming to draw from contemporary visionary art and architecture, sacred geometry, even physics and chemistry to turn the Palace of Parliament into a vibrant, endlessly beautiful scenery of symbolic dialogue. Integrating the facade's architectural characteristics into the artwork was also a key element in the concept, adding an extra value to the conversation between artist and audience, city and citizens.

Interconnection was among the six finalists selected out of all the applicants of iMapp Bucharest video mapping competition, one of the world’s biggest visual mapping contests. The event jury consisted of directors of various light festivals, hailing from Berlin, Helsinki, Genova, Ghent and Prague. Limelight’s entry scooped both the Jury’s Choice award as well as the Audience Award. The jury chose the winner unanimously, while Interconnection got twice as many votes from audience members as did the runner-up.

The piece was directed by Antonin Križanić, featuring the music of AMB, entitled Set in Stone, while the sound effects were taken care by the Fine Cut Bodies. Produced by István Dávid, visual designers include Antonin Križanić and David Vígh, joined by animators Viktor Vicsek, Csaba Világos, Máté Fekete and Miklós Már.

“The piece is aiming to reopen the dialogue between the internal and external through a cinematic journey from the state of separation to the state of eternal openness.
We are aiming to draw from contemporary visionary art and architecture, sacred geometry, even physics and chemistry to turn the Palace of Parliament into a vibrant, endlessly beautiful scenery of our symbolic dialogue. Integrating the facade’s architectural characteristics into our artwork is also a key element in the concept adding an extra value to this conversation between artist and audience, the city and its citizens.”

"Sustainability is one of the greatest challenges of the 21st century. It’s very important for us just as human beings, to protect the environment that we’re living in and lately, it’s been strongly connected to our artistic journey. Each of our artworks created are audio-visual experiments of creating a world in which those contrasts can still create harmony.

Our mission is to inspire our audience by creating a piece that explores how our world can be traditional but modern, organic and natural but high tech and digital, robotic but human at the same time. Contrasts that seem to have opposite meanings but still can and shall be together in harmony.

The bridge between the two sides is art and humanity that connects us and creates a better world we all would like to live in."

"We've been invited for the fourth time to Bella Skyway Festival and it's been a great challenge to create something unique and different than before. We're projecting on buildings for more than 15 years all over the world and this facade is the only one that we projected onto three times. Therefore we decided to create an artwork that is more like an experiment of new styles and workflows and is created by a collective that includes new young talents in our team but still has a "Limelight touch" in it. The festival's theme "Fluid Cosmos" was a great inspiration and the fantastic sound design of Fine Cut Bodies gave an extra value to the tracks produced by AMB and Abduct (AB/DX). Special thanks to Dron Fotografia Torun and Wiktoria Wachowiak for filming our piece."

What If (short edit) - White Night Melbourne 2018 from Limelight Projection Mapping on Vimeo.

"WHAT IF..
Buildings came to life and transformed?
Mythical, Magical creatures were real?
There was a 5th dimension?
Spirituality and higher consciousness had a visual presence?
There was a portal to another more perfect world?"