Neri Oxman and a group of creatives from the MIT mediated matter group in collaboration with Christoph Bader and Dominik Kolb have developed a technology to create digitally manufactured wearables with multi-material 3D printing machinery. the project, entitled ‘wanderers: wearables for interplanetary pilgrims’, was introduced as part of ‘the sixth element: exploring the natural beauty of 3D printing’, at euromold in frankfurt.

Each of the wearables are designed to hold life sustaining elements contained within 3D printed vascular structures with internal cavities. According to the mediated matter group, they’ve found a way to embed ‘living matter in the form of engineered bacteria within the 3D structures in order to augment the environment. living matter within these structures will ultimately transform oxygen for breathing, photons for seeing, biomass for eating, biofuels for moving and calcium for building.’ 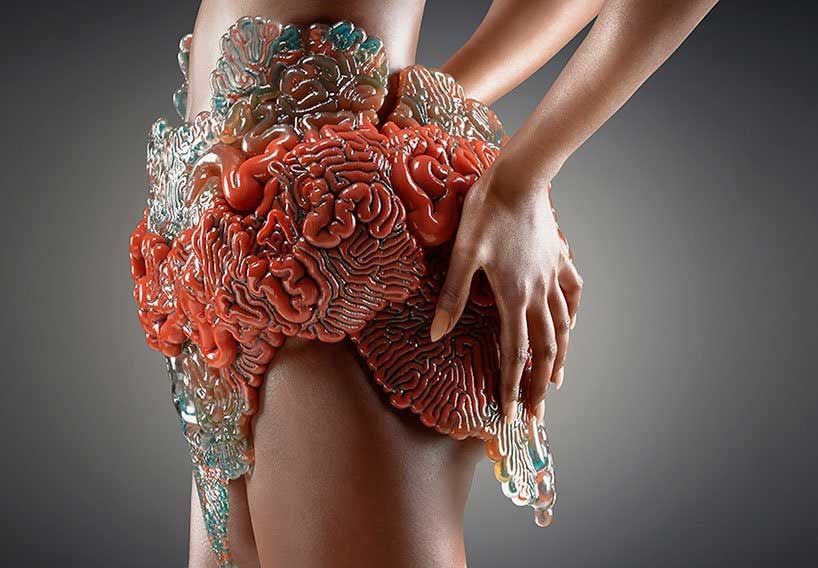 mushtari, from the wanderers series: designed by neri oxman in collaboration with christoph bader and dominik kolb

The collection of bio-material 3D prints explore the possibility of ‘voyaging to the worlds beyond by visiting the worlds within.’ The wearable capillaries have been conceived for ‘interplanetary pilgrims’, which are infused with synthetically engineered microorganisms to make the hostile habitable and the deadly alive. influenced by natural growth behaviour, the computational process creates shapes that adapt to their environment and is capable of producing a wide variety of living structures. starting as seeds, the biomimicry process simulates growth by continuously expanding and refining its shape. 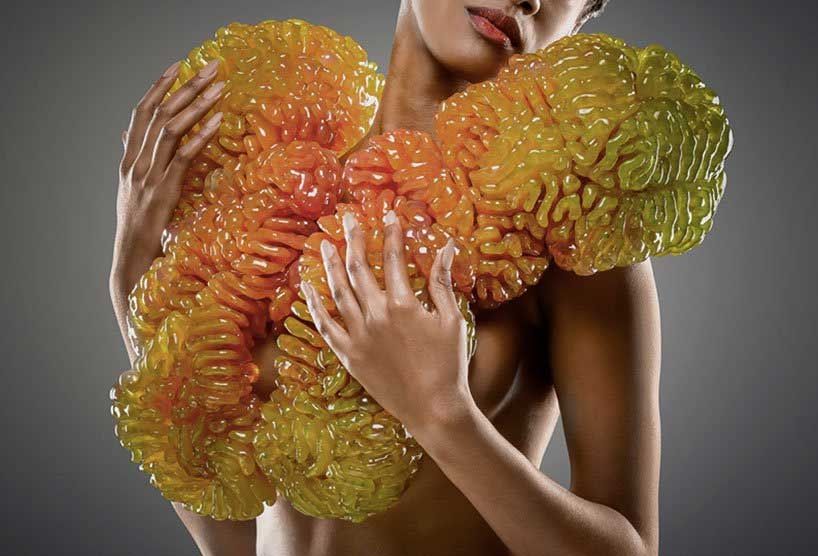 al-qamar, from the wanderers series. designed by neri oxman in collaboration with christoph bader and dominik kolb

The series represents the classical elements understood by the ancients to sustain life – earth, water, air and fire – and offers their biological counterpart in the form of micro-organisms engineered to produce life-sustaining elements. The wearables are designed to interact with a specific environment characteristic of their destination and generate sufficient quantities of biomass, water, air and light necessary for sustaining life: some photosynthesize converting daylight into energy, others bio-mineralize to strengthen and augment human bone, and some fluoresce to light the way in pitch darkness. 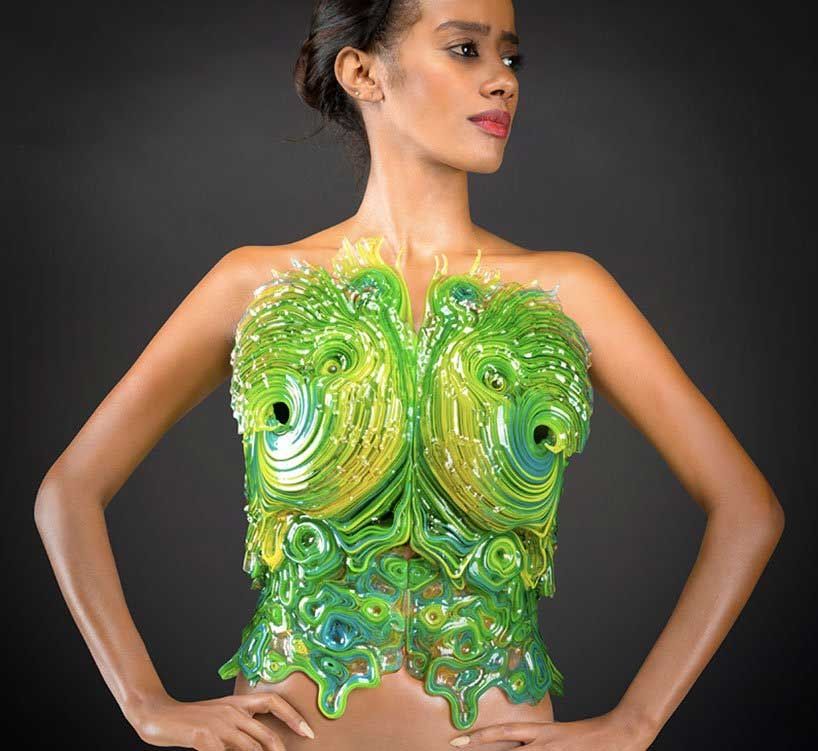 zuhal, from the wanderers series: designed by neri oxman in collaboration with christoph bader and dominik kol

‘Design research at the core of this collection lies at the intersection of multi-material 3D printing and synthetic biology,’ the designers add. ‘The medieval arabs are known for their fascination with astronomy. They took a keen interest in the study of celestial bodies; motivated to better comprehend the divine creation, they also appreciated the knowledge of the constellations as guidance in their journeys. in honor of these early contributions to the science of astronomy the wonderers in this collection are named in arabic after their respective destination planets: mushtari (a wearable for jupiter), zuhal (a wearable for saturn), otaared (a wearable for mercury); and qumar (a wearable for the moon). the word “planet” comes from the greek term planets meaning “wanderer”.’

Design research at the core of this collection lies at the intersection of multi-material 3D printing and synthetic biology. The concepts depict a vision of the animate and inanimate with an origin and a destination: the origin being engineered organisms, which multiply to create the wearable within a 3D printed skins; and the destination being a unique planet in the solar system. 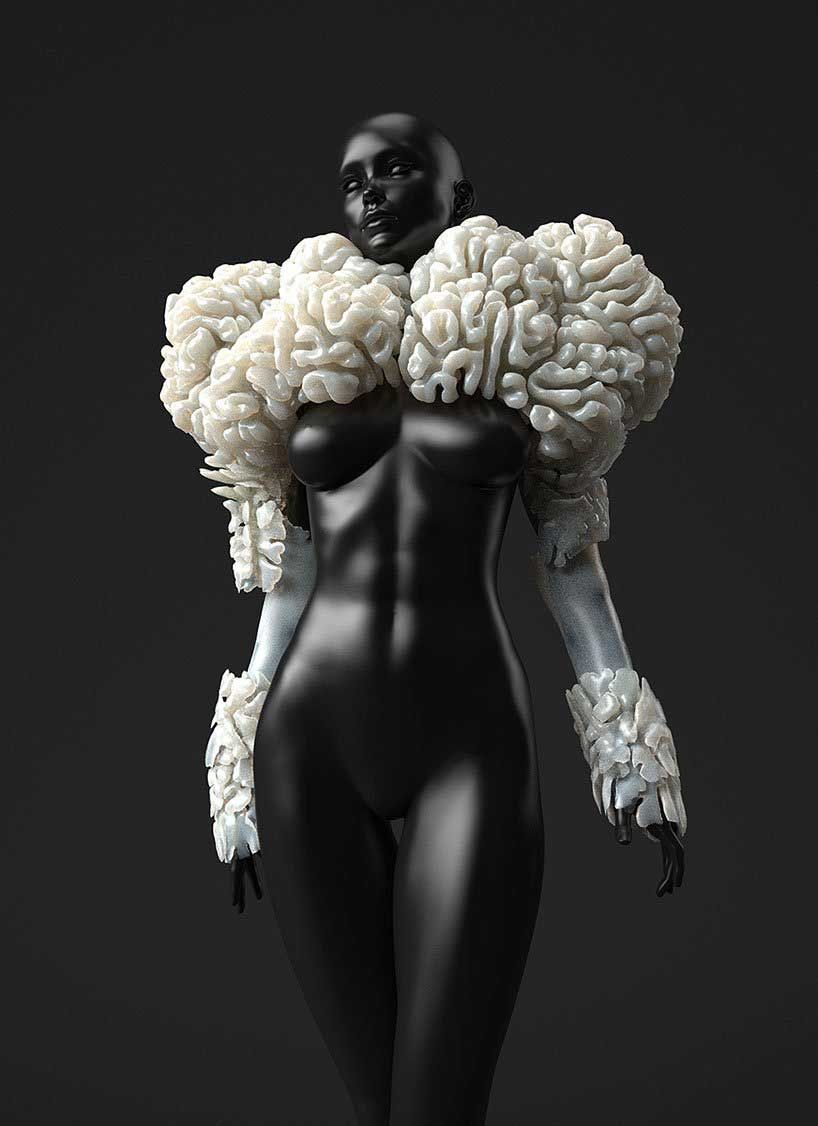 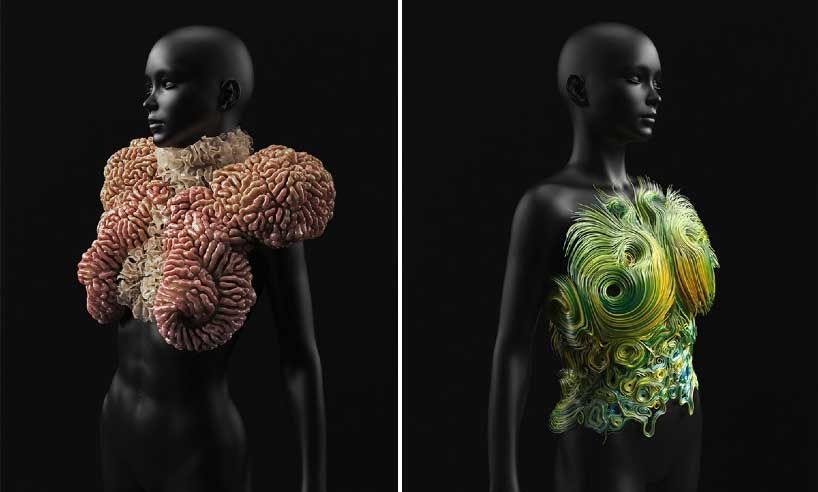 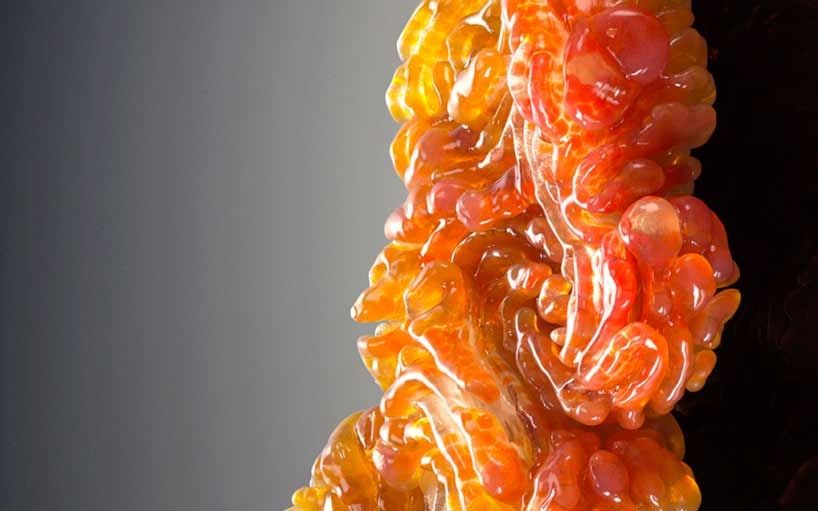 detail of al-qamar, from the wanderers series 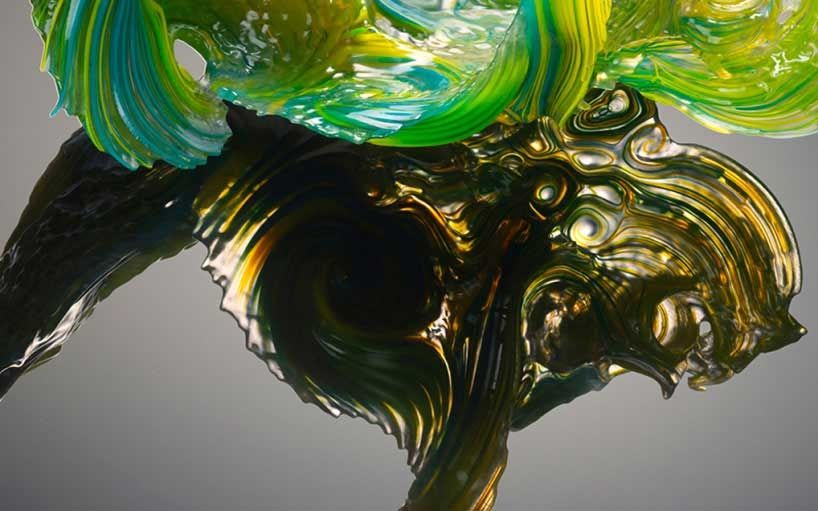 detail of zuhal, from the wanderers series 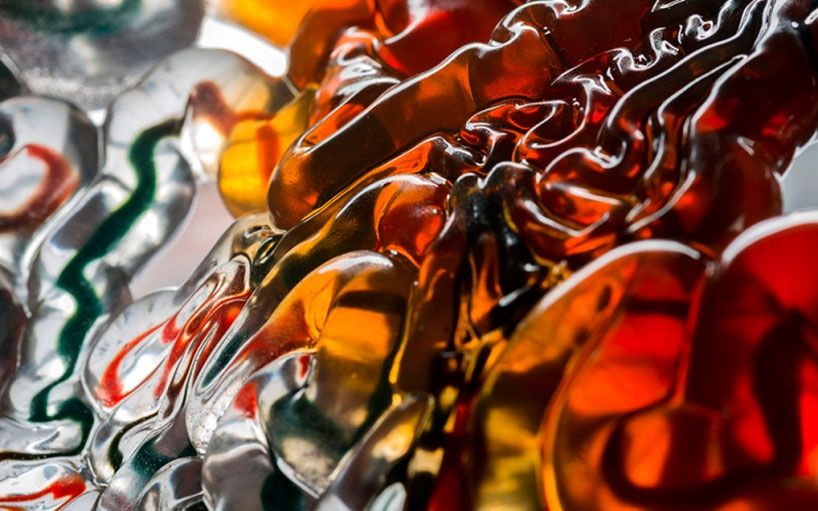 detail of the multi-material 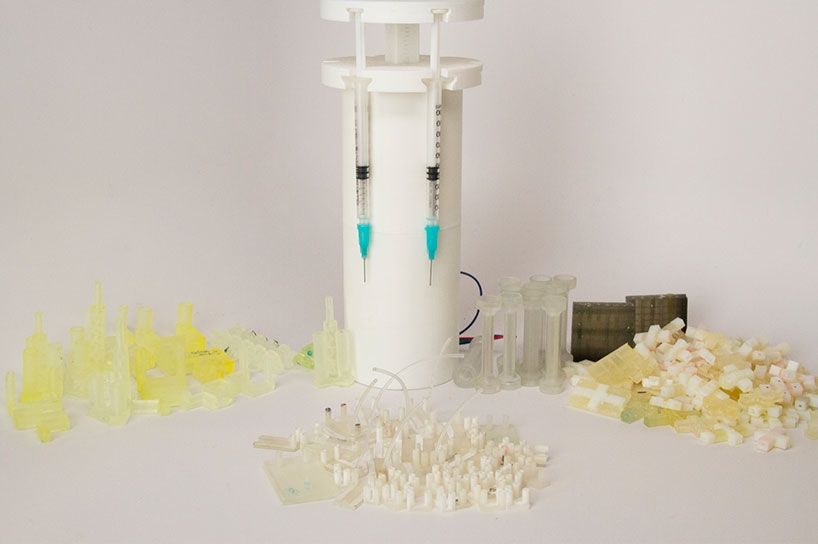 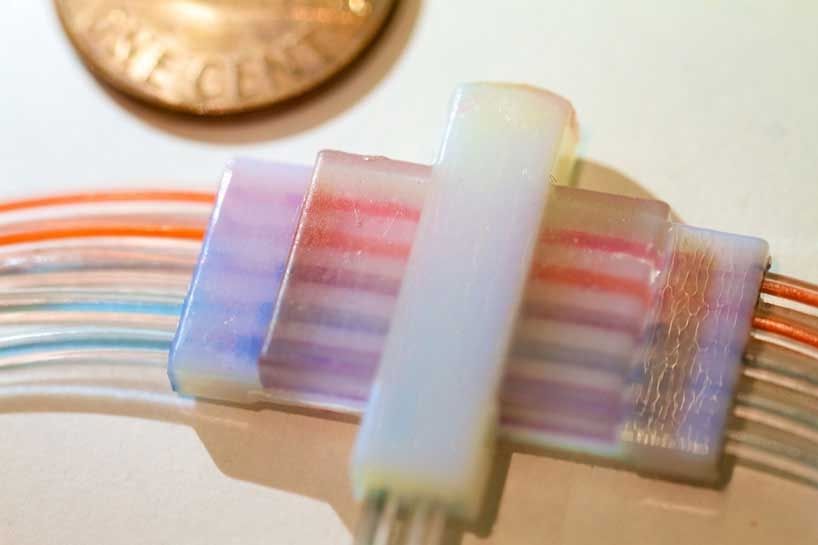 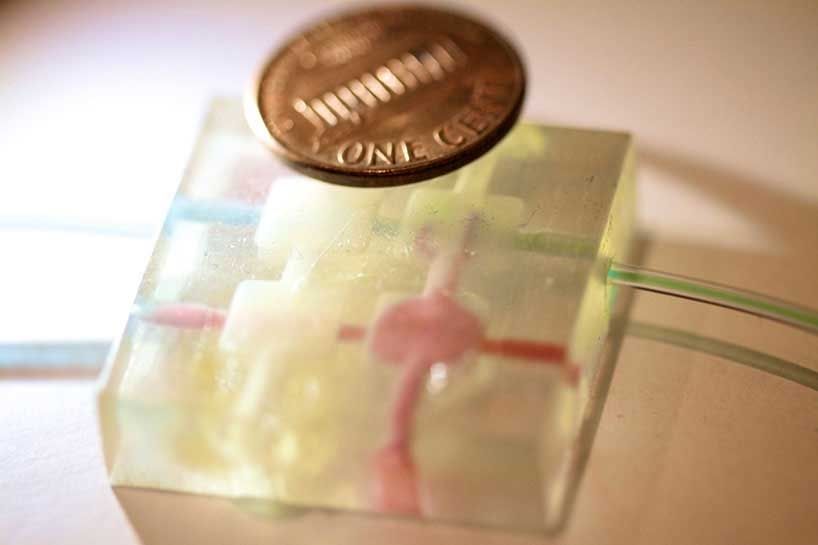 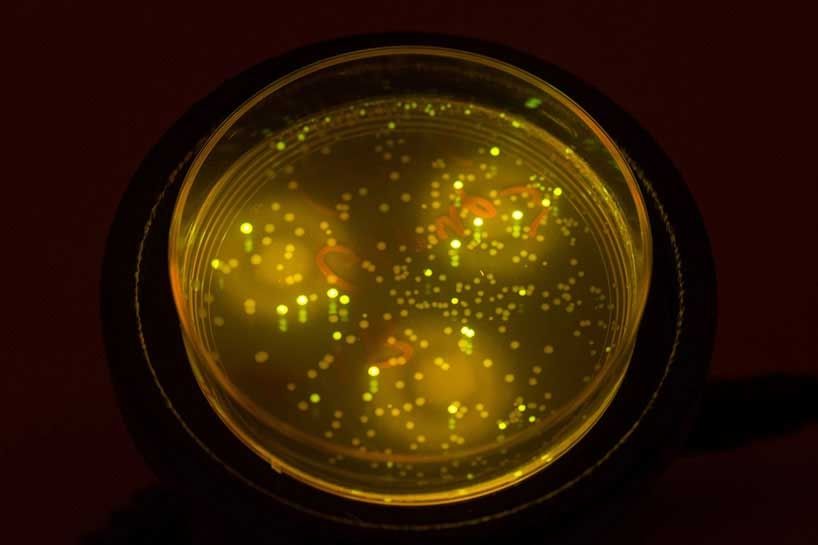